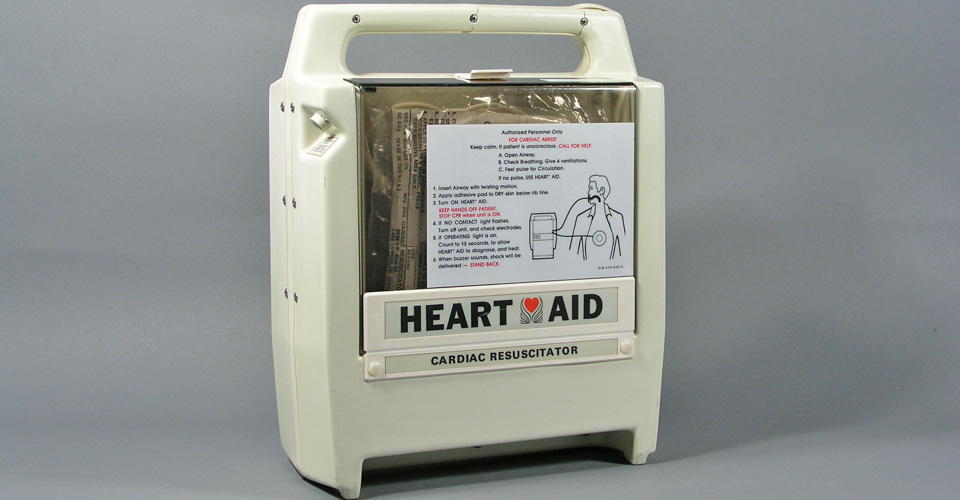 Heart Aid: The Start of the AED Revolution

The history of treating sudden cardiac arrest (SCA) was a unique journey with lots of bizarre twists and turns. Rolling “drunken” sailors over barrels, hanging people from their feet,  and blowing smoke up your… uh, … rectum, are all based to some degree in cardiac arrest lore.

People were shocked… literally, when electricity was discovered, and defibrillation was born. No idea why, but sometimes it worked. Not very often, but enough to keep the spark alive… pun intended. The development of defibrillation from then to as we know it now is probably worthy of its own storyline.

The most interesting constant in that journey is what I refer to as the “Chase”, the never ending quest to improve survival from SCA. The concept is simple… in most SCA cases, the normally organized electrical stimulation of the heart falls apart. Related muscle contractions become uncoordinated and the ability to push blood forward is lost. To treat it, all you have to do is get the electrical system back on track, which it really wants to do, and everything returns to normal. The problem is you have to be faster than all of those other pesky things that are going on… you know, like brain cells dying quickly from a lack of oxygen.

In 1947, Claude Beck, a Cleveland, Ohio surgeon, was credited with the first successful clinical defibrillation during surgery, using a defibrillator he invented himself. Dr. Beck is also famous for coining an often used phrase to describe SCA; “Hearts too good to die.” 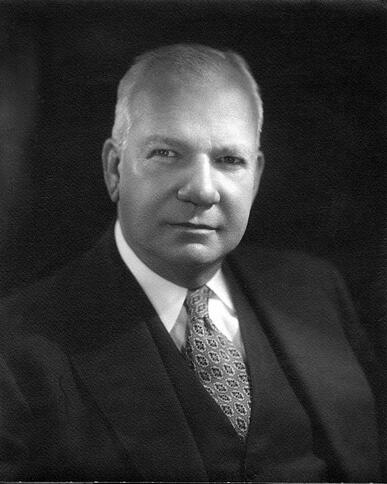 Another common phrase describing SCA is that “The general public is the ultimate coronary care unit.” Since Beck’s first defibrillation success the Chase for that concept has been on. We got defibrillators out of surgery and open chests, and into the rest of the hospital with paddles on closed chests. We pulled the AC cord out of the wall and began to use DC batteries. We put portable defibrillators on ambulances outside the hospital and trained paramedics to use them. We began to teach the public at large to perform CPR to hold off brain cell death and buy more time to get a defibrillator to the scene.

Unfortunately, for the most part, we were still losing the Chase…

Thanks for bearing with me. That brings us to the early-1970s and the focus of this posting,

Imagine if you will, some colleagues getting together in Portland, Oregon at that time (this was prior to craft beer, so it was probably something domestic) including physicians Arch Diack and W. Stanley Welborn, along with engineer Robert Rullman1. The discussion at hand… coming up with the next great concept in the SCA treatment Chase… “If you can’t bring the people to the defibrillator, bring the defibrillator to the people!” Let bystanders attach a computerized defibrillator that independently assesses for SCA and delivers care. The result was the “Heart-Aid”, the first commercially available automated external defibrillator, or AED, produced by the Cardiac Resuscitator Corporation.

The Heart-Aid was specially designed for use by minimally trained lay-providers responding as bystanders in public settings. It needed to be simple to use…and it needed to be safe. It was a big change and there was a lot of resistance to overcome. This resulted in some innovative ideas, some of which we still use today.

First there was the safeguard of using it appropriately. The Heart–Aid was designed to use the ABC protocol common to the initial CPR assessment at that time. A specially designed oropharyngeal airway, or OPA, was created to serve as one of the two electrodes for delivering the electrical shock. Beginning with “Airway”, it was commonly accepted that a responsive person would gag if an OPA was inserted into the mouth and upper airway. This would rule out going any further. If the OPA was accepted, a small microphone glued to the end of it would “listen” for Breathing sounds. If breathing was detected the device would simply not operate. Finally, to assess Circulation, a computer chip would measure the heart’s electrical activity between the OPA electrode and another electrode contained in a pad adhered to the upper abdomen to determine independently if a defibrillation shock was appropriate.

The adhesive electrode pad was another important innovation. Unlike paddles, it allowed a hands-off approach to care that virtually eliminated the potential for the accidental shock of a person operating the device. This safety feature is now the standard on all defibrillators, even those used by experienced medical providers.

Finally, the most significant innovation established by the Heart-Aid is the prompting feature in which a human voice would talk a user through the operation of the device. This is still a standard feature on all AEDs today and has been credited with much of the “easy-use” success of all AEDs.

The Cardiac Resuscitator Corporation never gained commercial success with their original unit or the EMS versions that followed, but they certainly are credited with helping us to initially take that next significant leap forward in treating SCA. With the widespread adoption of AEDs, we are closer today than we ever have in catching up with hearts that are still too good to die.