A Dog, A Creaky Old Elevator, and a Huge Defibrillator 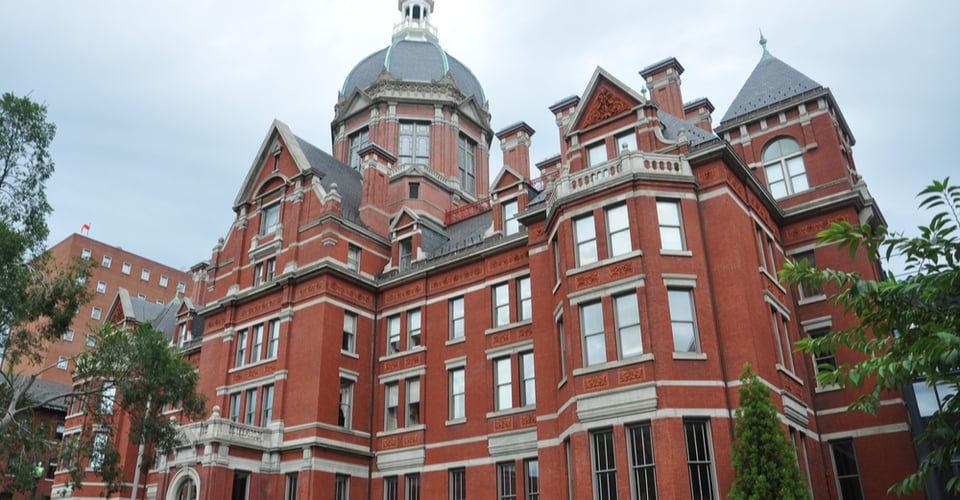 I may have relayed this story before, but it’s so good and so relevant, let me tell it again.

Like all great relationships … Fred and Barney, peanut butter and jelly, Johnny and Roy, rock and roll … the bond between CPR and AEDs is nearly unbreakable. While either can exist to a small extent on their own, there is a remarkable ability to save a life when they are coupled together.

However, it wasn’t always that way and, as crazy as it may sound, we can thank a dog, a creaky old hospital elevator, and a rather large and heavy wheeled prototype defibrillator in 1958 for the CPR/AED relationship that exists today.

If you go back prior to the 1950s, you can find evidence for the ongoing development of both defibrillation and rescue breathing. Conspicuously absent is any significant focus on external chest compressions.

Essentially, defibrillation as a concept has been around since the development of electricity in the 1600s. In the beginning, it was pretty crude with little understanding of structure and function, and more “let’s throw it on the wall and see what sticks.”

Mary Shelley wrote her novel Frankenstein; or the Modern Prometheus, first published in 1818. It detailed the use of electricity, derived from lightening, to reanimate human tissue. Given what was known about electricity at that time, the idea of electrically shocking someone who had recently died to see if his or her life force could be stimulated back to normal? Just kinda made sense.

Rescue breathing possibly goes way back to a biblical reference (I Kings 17:21) about the prophet Elijah reviving a young boy who had recently died. Since then, rescue breathing has taken kind of a weird journey from mouth-to-mouth, to manual pumping movements of the arms and back, and back to the mouth-to-mouth (with barrier devices) we use today.

That brings us to the story I want to relate. Imagine going back in time to 1958 at Johns Hopkins Hospital in Baltimore, Maryland. Guy Knickerbocker was a graduate student working with electrical engineer William Kouwenhoven and cardiac surgeon James Jude on external defibrillation research using a prototype defibrillator they had developed. Apparently, the thing was a monster on wheels, but it was showing encouraging results in emerging closed-chest defibrillation science. 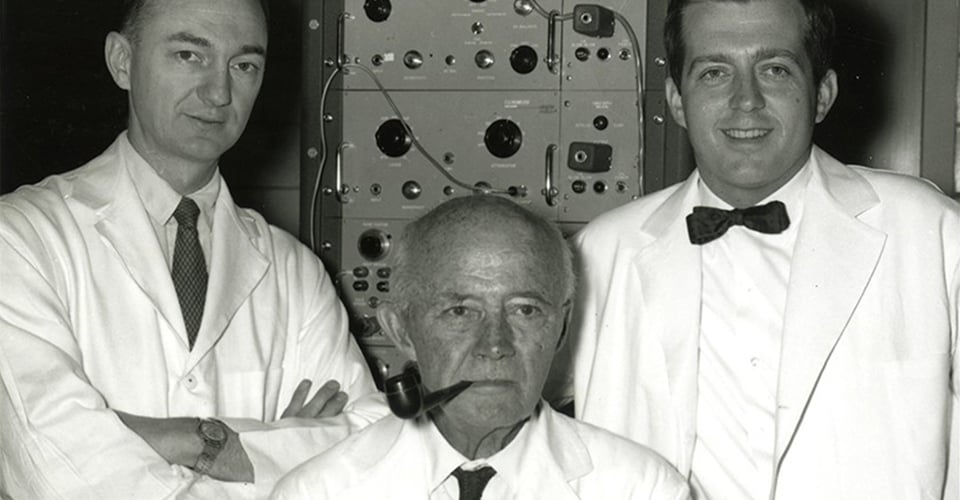 Keep in mind, at this point in resuscitation science, defibrillation existed but CPR did not. Over the course of their research, Knickerbocker’s team had learned a couple of things that would soon come into play. Relevant here is their knowledge that, after about 5 minutes of ventricular fibrillation, it was unlikely that defibrillation on the dog would work.

Picture the old, rickety, caged elevator that was used in the hospital. Imagine how slowly it moved, creaking loudly as it ran along its tracks. Think about how it stopped and started at each floor letting people in and out… and those doors…. Soooooo slow…

Faced with this reality, Knickerbocker recalled the other thing about their research. He had noticed that, when defibrillation paddles were pressed against the chest of a dog while defibrillating, there was a spiked increase in the dog’s measured blood pressure. An increase in blood pressure would conceivably result in some forward blood flow in the body…

Now I know the story here sounds better as a Eureka! moment, in which external chest compressions were invented on the spot, but I suspect the theory had been developing for a while. Regardless, Knickerbocker directed another team member to begin repetitive compressions of the dog’s chest in hopes that the increase in blood pressure could be sustained and result in the delivery of some oxygen to the dog’s brain. Why? To buy enough time to keep the brain alive while getting the 200-pound defibrillator cart up to the lab.

At this point, cue the comical old silent movie imagery. Knickerbocker runs out of the lab to the 12th floor elevator door and repetitively pushes the down button. Realizing it will be a long time coming, he sprints to the old-time staircase and runs down seven flights, pushing and bumping colleagues out of the way. Once on the 5th floor, he runs down the hallway, sliding sideways around a corner, and into the lab where the defibrillator was located.

After unplugging it from the wall, he takes a couple of deep breaths and starts pushing the heavy wheeled device, slowly at first and then picking up speed on the way to the elevator door. At the elevator, he once again desperately presses the up button multiple times, finally realizing it won’t help to get the elevator car there any faster.

Imagine the slow burn of hearing the car stop on the floor above him and the elevator doors slowly opening to let off passengers, and then slowly closing again.

Finally, the doors open in front of him, but he has to wait for several hospital employees to get off before he can muscle the defibrillator onto the elevator car, feeling it sag under the weight.

This is the point in my head where I hear modern elevator Muzak as the doors slowly close and Knickerbocker agonizingly waits through an unhurried trip from the 5th to the 12th floor, taking on and letting off passengers along the way.

Once the doors open on the 12th floor, Knickerbocker once again drags the weighty defibrillator cart, as quickly as he can, into the lab where compressions are still being done on the dog.

There is no documentation of the time elapsed since ventricular fibrillation started, but Knickerbocker estimates it to be about 20 minutes.

You can imagine the out-of-breath graduate student plugging the electrical cord into the wall, turning the defibrillator on, charging it up, grabbing the paddles, pressing them firmly into the dog’s chest, telling the other team members to stay clear, and then… finally… delivering a defibrillation shock…

As they say, the rest is history. As a result Knickerbocker, Kouwenhoven, and Jude establish new research into the use of chest compressions, eventually hooking up with Dr. Jack Elam, a researcher focused on mouth-to-mouth rescue breaths, and Dr. Peter Safar, to establish the concept of modern CPR, a combination of rescue breaths and external chest compressions, that we still use today.

That was in the early 1960s. Today, almost 60 years later, the critical relationship between CPR and defibrillation remains the same. Although there have definitely been some procedural changes such as compression-only CPR and the use of automated external defibrillators, the underlying concept of how CPR artificially circulates oxygen to the brain and buys time to defibrillate remains as important as ever in the treatment of sudden cardiac arrest.

You just can’t make this stuff up.