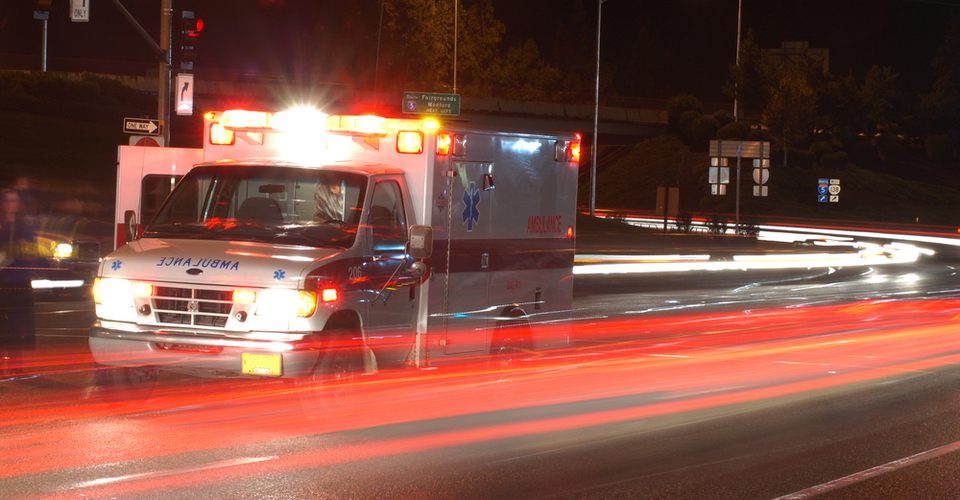 Throughout SCA Awareness Month, we’ve focused on how CPR and AEDs can make the difference between life and death, and how to encourage trained bystanders to use their training to help in an emergency. Today’s post shares some Good Samaritan stories we’ve received recently. As always, these stories of ordinary people doing extraordinary things remind us why we were initially drawn to emergency care training, so let’s celebrate these wonderful ASHI and MEDIC First Aid students.

On August 28, 2019, Officer Pugh was picking up his car at a repair facility in Mechanicsville after work, when he came upon a medical emergency. At the scene, he spotted a Hanover County deputy sheriff administering CPR to a man on the ground. Officer Pugh raced over and found the deputy administering chest compressions alone to an unresponsive man. An automated external defibrillator (AED) was attached to the stricken man’s chest and had already been used to give an initial shock.

Soon, the AED's voice instructions advised that the unit was ready to administer another shock. After delivering the shock, the Hanover deputy asked Officer Pugh to take over chest compressions.

Instructor Sykes’ other hero, Officer Fant, was conducting a check at the Executive Mansion Gate Post in Richmond around 3:55 a.m. on June 15, 2019, when he heard several gunshots west of the Capitol. Officer Fant and the officer on duty at the Mansion Gate checked the post's security cameras, which helped them spot a gold BMW and a black Infiniti traveling at a high rate of speed on nearby streets. Officer Fant got in his patrol vehicle and went to investigate, and he was at an intersection when the driver of the BMW pulled up and informed him that he had been shot.

The driver got out of his car, and it immediately became clear that he was losing a significant amount of blood from a leg wound. Officer Fant had the man lay on the ground and applied his department-issued tourniquet to the injured leg, above the wound. He then had Dispatch notify EMS and request an ambulance, keeping the man awake and calm until EMS arrived. The man was transported to VCU Medical Center, where he was treated for serious injuries.

Students Save the Day in the Community and the Workplace

First up, we have a student who requested we use her initials only. C.B. explained that:

Nearly four years ago, you did a CPR class for my running group. It was fun and engaging, and I walked out of there feeling confident that if the time ever came, I could do CPR on someone. And then I never really thought about it again.

On June 8, 2019, after a swimming event in Clearwater, a man collapsed on the street. A group of around five or six of us happened to be near him at that moment. Someone called 911. Someone else rolled the man over. He wasn't responsive and his face was purple. He did not appear to be breathing. Another person asked if anyone knew CPR. I heard myself say, “I do.”

Then, without even thinking about it, I did chest compressions on the man as hard and fast as I could. He was a big guy, and it felt chaotic and messy and harder than on the manikin in class, but I remembered you saying, "hard and fast, hard and fast," so I just kept going.

A guy stepped up and said he didn't know what to do but asked if he could help, so I told him how to take over for me as I was starting to get tired. The rest is kind of a blur, but fortunately the paramedics showed up within a few minutes. The patient got to the hospital quickly and he survived, although he had a 100% blockage in one of his heart arteries (and I think we might have broken a rib).

A mutual acquaintance texted me a video the next day of him sitting up in bed, thanking me and the guy who helped and saying that, according to the doctors, he is going to be fine.

Instructor DeJesus has four student heroes in his next Good Sam submission. On the morning of July 9, 2019, at the Newberry Plant of Argos Cement, Dain Green, Henry Gotsch, Jesse Hatfield, and Dan Ball started their day with no idea how out of the ordinary that day was about to become.

When a co-worker was found unresponsive and slumped over in her office chair, one of these brave students moved her to the floor and immediately started CPR. The other three quickly arrived at the scene and assisted with administering CPR. The AED, which was retrieved within the first few minutes of the incident, prompted them to deliver a shock during their course of CPR.

Sherriff’s deputies arrived at the scene after approximately 10 minutes of discovering the co-worker, and EMS arrived shortly thereafter. The patient was transported to the hospital in stable condition, and has since made a full recovery. All four of the co-workers that assisted in the rescue attended the CPR and AED training held at the plant in April, 2019.

To all these confident students, thank you for trusting in your training and yourselves to make a lifesaving difference. Great job, everyone!

Do you have a student success story you would like to share with us? Click the button below for our Good Samaritan Nomination Form. We’ll send you a certificate to present to your student hero.