How to Treat a Snakebite 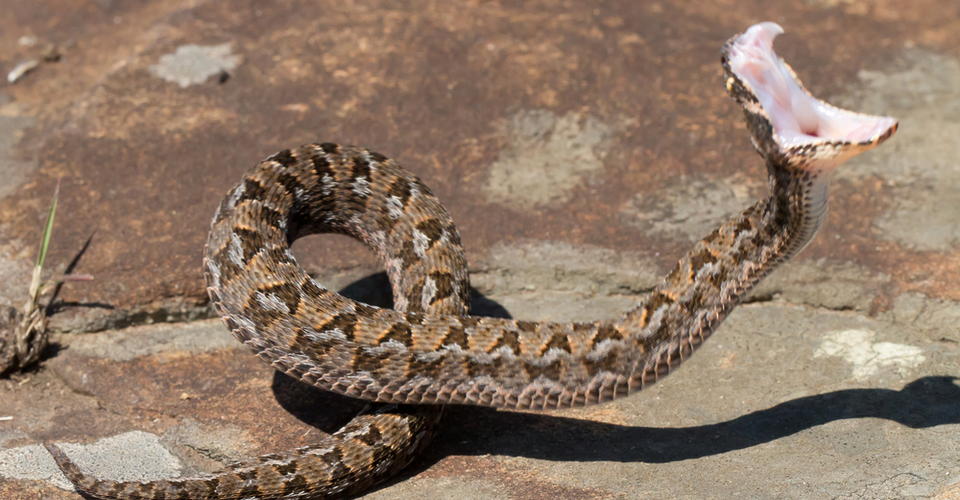 Snakebites can be painful, but most snakes aren’t dangerous to humans. However, venomous snakebites can cause severe injuries and, in some cases, death. So, it’s best to consider all snakes as venomous until proven otherwise.

Here’s how to treat a snakebite if you’re dealing with an unknown snake or recognize signs of a venomous snakebite.

Venomous snakes in the U.S.

There are four types of venomous snakes found in the United States, including the rattlesnake, the coral snake, the cottonmouth (water moccasin) and the copperhead.

Each of these venomous snakes have distinctive markings. For example, the rattlesnake has a rattle at the end of its tail and the coral snake has red bands flanked by yellow bands along its body.

But it’s not always easy to accurately identify a snake in the moment. So, it’s important to treat all unknown snakes as venomous.

One way to identify a poisonous snakebite is to look at the wound itself. A poisonous bitemark will have two small puncture wounds (fang marks).

If you suspect the bite is from a venomous snake, don’t wait for life-threatening signs to appear. The right antivenom can save a person’s life if it’s given soon after the bite.

Contrary to popular belief, you shouldn’t apply suction to a snakebite.

This means don’t follow the movies where someone cuts the wound and tries to suck the venom out. Suction removes very little venom and may aggravate the injury.

You also shouldn’t apply ice or a tourniquet to a snakebite injury. Other general “don’ts” for snakes include:

To learn how to respond in a variety of first aid situations, get CPR, AED and First Aid certified.